Thirteen years ago, on Father’s Day, my mom, my brother, and I took a paper bag with us when we picked my dad up from the Birmingham airport. We handed it to him, and – it was perfect, almost as if we had somehow rehearsed this – the moment he took the weight of it in his hand, she popped up, pulling herself over the edge of the bag, and looked at her new Dad with the quivering, adoring dependence that can only really be pulled off by a puppy.


Thus came Doodlebug into our lives.

One week ago today, my mom and dad let me know that the time had come to let her rest.

The vet wasn’t sure what was wrong, but she could hardly stand up, was having trouble walking, and refused food and water for days at a time. It was very sudden – she was fine, if a little stiff, the last time I saw her, and her health only really started to deteriorate in the last two months, but deteriorate it did, and my parents made a hard but merciful decision.

I excused myself from the office, sat out of sight behind a car in the parking lot, and – thanks be for modern miracles – used Skype on my phone to video chat with my dad as he held her on his lap, letting me say goodbye.

Not that I could really say much.

Grief over a greeting I’ll never receive again – enthusiastic to the point of embarrassment, whether I've been ten months or ten minutes away; regret for not giving in and chasing her just one more time around the living room; pain at the thought of her various quirks, idiosyncrasies, personality…

For instance, she would never bark at us to let her out into the back yard. No, she simply stood with her flank pressed against the wall by the door, looking back over her shoulder at us as if to say, “Whenever it would be convenient, would you please be so kind as to allow me to relieve myself?”

Another thing: whenever she was walking ahead of you through the house, she would curl herself into this odd little not-quite-a-circle and walk forward while looking back at you and wagging her tail simultaneously. We called this the “crescent of humility.”

She had a good life. She was well-loved. It was time to let go. All of these, and all of the other things that you hear and say at these moments – they’re true. And you hate them at some level, far below consciousness.

Because your family is smaller, and somewhat less whole, even if only a little bit. Because you’ve lost a friend, even if one who couldn’t speak your language and sometimes enjoyed rolling around in poop.

Because there’s now one less being in the universe who loves you unconditionally, and that is never a large enough number in the first place.

Because every beloved fur-clad companion that passes is a reminder that time has only one direction, for all of us.

Because there’s a hole where once there was a presence. 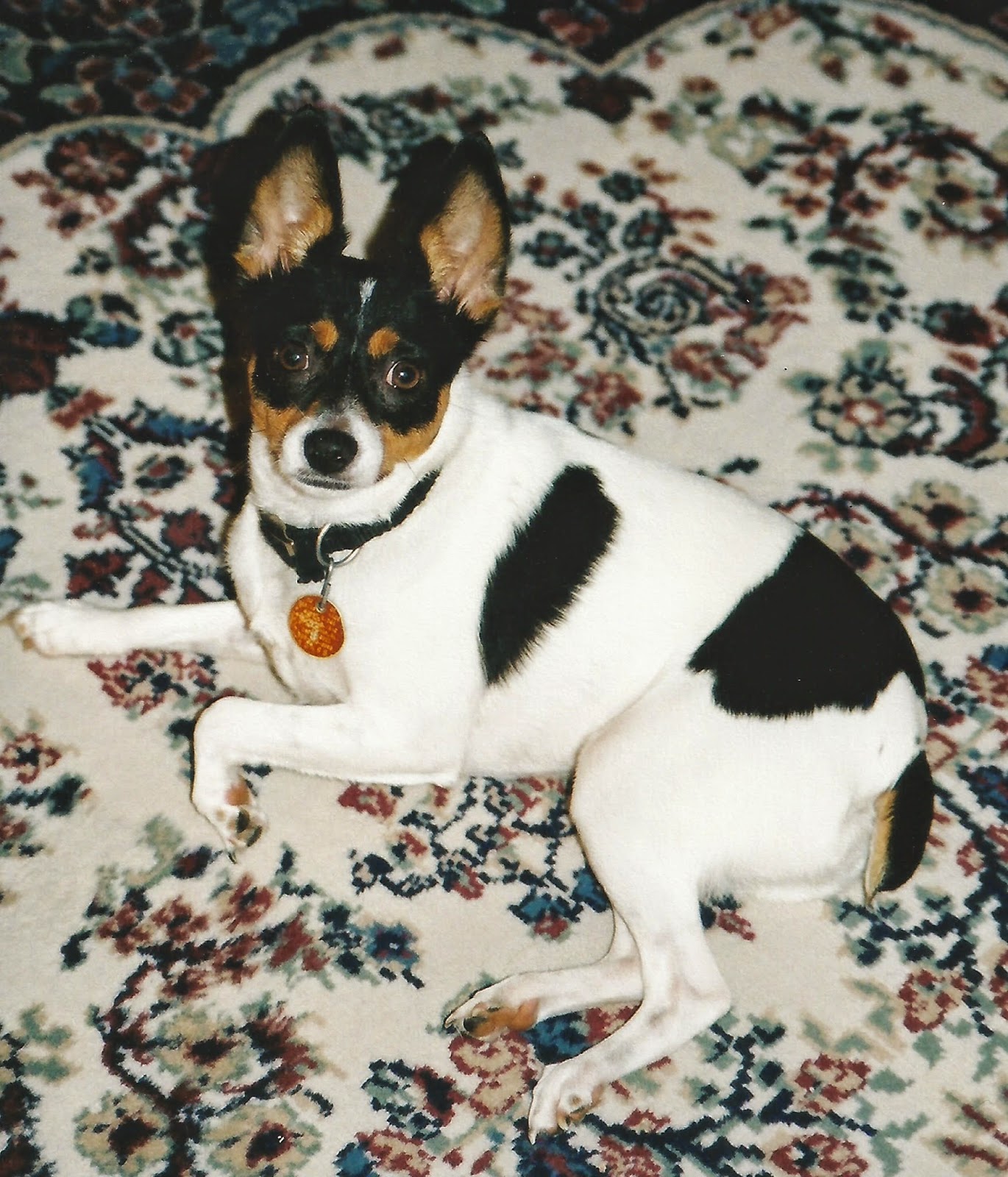